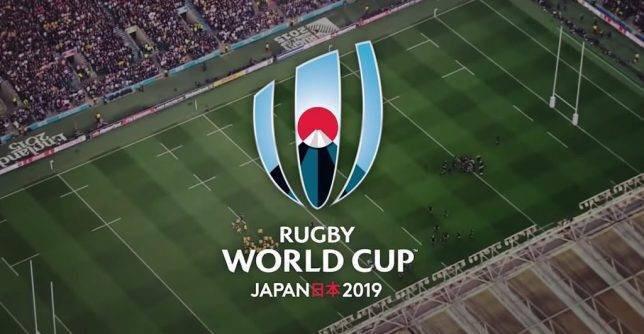 With the last of the group matches that took place over the weekend, rugby fever is affecting everyone, not just in South Africa, but all over the world. There is just something about the game, which originated about 174 years ago and has continuously since then captured the imagination of the world.

During a football match, a certain William Webb Ellis demonstrated a blatant disregard for the rules of the game known at the time, sending the course thereof in a new direction. He did this by simply picking up the ball to run over the field in an attempt to score a try. So the game, characterised by the running motion, was born. Although this popular version of the history of the game has never been proven by any facts, it was enough for the international committee to name the World Cup trophy after this young man.

With the expansion of the British Empire, the Khakis colonised the “new world” and brought various sports with them. The natives and settlers developed a liking to these sports and some groups fell in love with rugby. Thus, the game established itself and developed to be one of the most popular sports of the modern era.

The first Rugby World Cup (RWC) was hosted in 1987 by both New Zealand and Australia. It was also New Zeeland that walked away as the winner of the tournament and is still considered the pace setter in modern world rugby. Before the RWC, there weren’t really any tournaments where various teams could compete equally with one another. Although the idea of an inclusive world tournament was on the radar since the 1950s, it was only approved in 1985 by the International Rugby Football Board (IRB).

The first RWC automatically consisted of the 7 teams that formed part of the IRB and the other 9 participating teams competed upon invitation. Qualification to participate only started after the second RWC, which took place in 1991. It was nothing other than the world being unified by this particular sport.

Although the 9th RWC tournament is currently taking place in Japan, it is only the 7th tournament in which South Africa (SA) is participating. Because of boycott actions against the republic, the Springbucks were deliberately left out of the first two tournaments that took place, respectively in 1987 and 1991. After the termination of apartheid in 1992, SA was not just taken into account to qualify for participation in the next tournament, which was to be held in 1995, but also received the privilege to be the hosting nation of this prestigious event. This specific tournament was truly unique and 24 June would forever be embroided in the memory of every South African, not just as the day on which the Springbucks triumphed as the world champions, but also because this single event bound every South African in the young democracy as one, regardless of heritage. Every South African’s heart was filled with pride.

Since then, each RWC has been an opportunity that has been grabbed by South Africa to establish deeper commitments and to strengthen ties.

The privilege to be crowned champions was bestowed upon South Africa’s Springbucks during the 2007 RWC that was held in France.

The 9th RWC tournament is currently underway in Japan. It is the first time that a tier 2 team has the honour of hosting the games, as well as the first time the tournament is being held in Asia. South Africans were looking forward to a traditional experience of unification that has come to be expected, but were rudely awaken by the controversy that has been overshadowing the triumphs for the current tournament. A dark cloud seems to hang over the men in green and gold as recent accusations of racism have been made against Springbuck players Eben Etzebeth and Jesse Kriel. It is very suspicious that these accusations would be made during a tournament of this stature. It is highly questionable and one may wonder if this may not be a deliberate attack on the game and the bridges rugby has been able to build.

Although statistics are extremely important to coaches and historians, and whilst they enjoy focussing on wins, losses, points etc., the player views the game completely differently. One does not merely become interested in rugby, one falls in love with it. In SA, this feeling is very closely associated with pride, brotherhood and determination.

For a player, it includes the faces, places and despair and the conversion thereof into hope. Ambition, opportunities, lost chances, skills, tactics, instinctive and planned actions, reactions and the consciences thereof, eventually determine the win or the loss.

Here language, race and even location is of no importance. Teammates are being pulled together by the game. In defeats, they feel the pain of a loss and the pain of injuries. Together, they celebrate triumphs – every try and every conversion thereof as one.

When the stadium is abandoned with only a score card somewhere in the dark stillness, proving the existence of the battle only hours before, men sit around a fire. For days, they will talk about decisions and phenomenal moments. They will joke and remember – proud of their team, proud of their country and proud of the friendships that were turned into brotherhoods by this game.

Patriots will not be prompted by negative misperceptions. To us, the fellowship and pride of 1995 and 2007 is still fresh in our memories. From the cliffs, the answer will once again come, echoing over the endless savannah. We are steadfast in backing the Springbucks because our blood is green. If the current state of the RWC tournament is anything to go by, it promises to be one of the most exciting tournaments of the modern era!