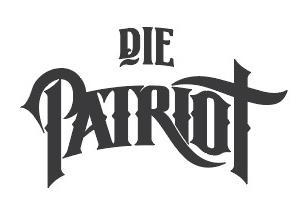 Many moons ago, when I still played rugby in the countryside of the Free State, I had the privilege of being named captain of my team. Exactly how that happened and why I was chosen I will never really understand; it must have been my irresistible charm… and obviously my beard as well! Whatever the case, it was a privilege and I accepted with excited amazement.

Our traditional derby against Paris (Free State) was coming up and a sudden, very clear line was drawn between the friendships of these two communities for this particular game. You must understand, the citizens of these two towns could not mix; like oil and water, they just do not belong together.

The two teams were more like oil on a fire, and only a drop of oil was necessary to ignite an entire fire within the team. The boys truly hated each other; we won one game, then they won one game, then we won, then they won, and so it carried on season after season. We were as ready as we would ever be and the boys were charged. I want to compare it to a wife waiting for her husband after a night out with the boys… but I can only guess that from the tales I have been told. I just knew that the wild look in their eyes promised nothing good.

When the team manager gave me the 5 minute warning before we had to appear on the field, I called the boys together for a few last words of motivation. A lock was still bandaging his legs, men were rubbing their chests with Vicks (since the air is so thin here) and at the back somewhere, a backline player was combing his hair. Finally, when everybody was gathered in the circle, I gave my speech. I knew right there, if I wanted to nip this hostility in the bud, I had to be clever and I had to be amiable.

So I began. I don’t really know if I was telling them or begging them, but I asked for a clean match: no fist fights, no playing dirty, no fingers in anyone’s eyes and no sneaky pinching of anyone’s balls. I pleaded for a match depicting sportsmanship. So I came up with a brilliant idea to add a little extra prize as motivation: “Should there be an incident and you manage to look the guy in the eyes and turn around and walk away, I’ll give you a bottle of brandy.” Just there, their eyes lit up like a teenage boy before he has to pick up his date for a school dance, and in one voice they yelled back: “Yes!”

The match began and the boys played clean rugby. We had a scrum half on our team, Pieter de Lange; quite an aggressive oak with a short fuse. He was tough, much like a Jack Russell; he wanted to attack every dog on the street. Luckily, he was on our side. Within the first few minutes of the game, I saw one of the other team members plant his fist on Peter’s forehead; a massive hit which cased his eyebrow to tear. I felt all my courage sinking into my feet as he flew up. But he doesn’t hit back. He walked straight towards me and asked: “Did you see that?” Very chuffed, I answered: “Great job, I saw! You will get your bottle of brandy!” So the game continued and Peter carried on, but with a concussion that no one had any idea about.

The backline had this move that we were convinced was a guaranteed 5 points on the score board. I was standing on the side of the field when the ref’s whistle blew, rewarding a penalty kick, only 5 meters away from the try line. We were only 3 points behind. Now we had to choose. We either took the kick for 3 points, or we chipped it and ran for a try.

I decided it was time for our new move and shouted: “Henneman! Henneman!” My voice went hoarse as I tried to reach all the ears on the field. Our fly half was ready for action, but Pieter still played with the concussion no one was aware of and suddenly came to a halt. With great confusion he shouted back: “Henneman? I thought we were in Paris?” The whole movement was a flop, but play continued.

No more than 10 minutes later, Pieter was the unfortunate victim of another fist hitting him. It was the same opponent and it seemed that this guy was targeting poor Pieter. Concussed and with his blood now boiling, Pieter got up calmly and walked over to me. “Does this mean I get two bottles of brandy?” he asked. I had never seen this scrummy so calm and collected, but every player could only receive one bottle and I had to stick to that, so I answered: “No, you only get one and if you retaliate, you get nothing.”

Finally, the end whistle blew and the game was over. As per our usual show of appreciation and sportsmanship, we started giving our opponents a hand to thank them for the game. Pieter was just in front of me when I saw him striding towards the man with the golden fist which targeted him throughout the game. The opponent held out his hand with a smirk. Pieter pulled back his arm, hitting me slightly in the process, and planted his fist solidly between the man’s eyes. He fell down as if in slow motion, almost like a tree refusing to meet the ground after years of growth, Pieter hovering over him like a proud woodchopper inspecting his handy work. Before anyone could react, he uttered: “My captain said I may not lift my hand towards you during the game and then I could get a bottle of brandy, but he said nothing about taking you out after the game!” 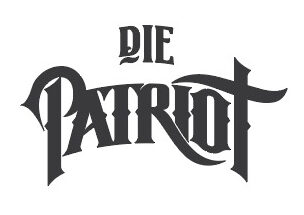